Marshall was one of a handful of companies with whom Sola Sound had agreements in place to build fuzz boxes. Early SupaFuzz pedals were supplied to Marshall by Sola Sound, and these were being built & sold at roughly the same time that Sola Sound had also begun to mass-produce their famous Tone Benders in 1966. Marshall’s dealings with Sola Sound would continue until 1968, at which point Marshall went on to begin manufacturing the SupaFuzz themselves.

The SupaFuzzes that were built by Sola Sound can be recognised by their more angular enclosure, with sharper edges than Marshall’s version. According to Gary Hurst, the sloping sides of the early SupaFuzz were inspired by the enclosures of Olivetti adding machines that he’d seen in Italy.1

Beat Instrumental reported the SupaFuzz as “brand new” in February 1967, but the unit had evidently been available for quite some time already, as Jeff Beck was filmed with one in October of 1966, for the Yardbirds’ scene in the 1966 film, ‘Blow-up’.2 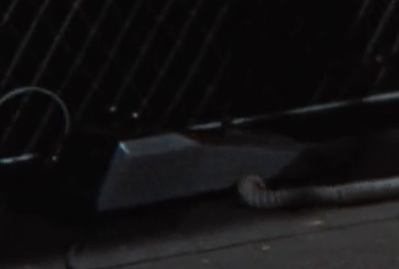 The earliest SupaFuzzes can be identified by the fact that the ‘volume’ & ‘filter’ controls are positioned slightly closer together, towards the centre of the face of the pedal.

At some point, in 1966, Sola Sound updated the cast enclosures for the various different fuzz boxes that they were manufacturing, and the updated version of the SupaFuzz enclosure (circa late-1966) featured the two controls in their more familiar position.

It is the earlier version of the SupaFuzz that would be pictured in Marshall’s 1960s-era catalogues and advertisements, despite having only been in production for a relatively short period of time.

A popular talking point about the Marshall SupaFuzz is that, throughout both Sola Sound’s and also Marshall’s periods of producing the fuzz box, the control labelled ‘filter’ is actually a misnomer. Typical SupaFuzzes built by Sola Sound, between 1966 and 1968, feature a standard Tone Bender MKII circuit, identical to what Sola Sound were supplying to companies like Rotosound, Dallas, and other companies that happened to be ordering fuzz boxes from Sola Sound at the time. This means that the ‘filter’ control on those SupaFuzzes was the same as the ‘attack’ control on a Tone Bender MKII, rather than a tone filter.

The reason, however, that Sola Sound printed the SupaFuzz with a ‘filter’ control was that for a very brief period in 1966, the SupaFuzz did in fact feature a filter control. Some of the earliest SupaFuzzes were built with a version of the Tone Bender ‘MKI’ circuit, with the amount of fuzz fixed at maximum, and a basic tone filter control to reduce the amount of treble content.

Pictured is the electronic circuit inside an early Marshall SupaFuzz, built in 1966.

By August of 1968, Marshall had taken over production of the SupaFuzz from Sola Sound.3 Their product, however, remained functionally the same. Marshall had their own cast aluminium enclosures manufactured, and these new cases had softer edges than the Olivetti-inspired Sola Sound version of the SupaFuzz, but were visually very much reminiscent of the original pedal.

Marshall’s own version of the SupaFuzz featured the same circuit as the SupaFuzz that Sola Sound were building, and as a result, produced a very similar sound, despite being made by different people.

Date codes on surviving SupaFuzzes reveal that Marshall was still housing the circuits in the screen-printed enclosures until 1970.

At some point, in the early-1970s, however, Marshall updated the enclosures for the SupaFuzz. This newer version featured embossed lettering, as pictured, which replaced the black, printed text.

The electronic circuit remained the same, although at some point during this final phase of the SupaFuzz’s production, the design of the printed circuit board changed slightly, to accommodate the two potentiometers that were eventually being soldered directly to the board.

Date codes on the potentiometers of these ’embossed’ SupaFuzzes prove that the model was still in production by 1973. Contrary to what vintage pedal dealers & resellers often proclaim, the Marshall SupaFuzzes in the ’embossed lettering’ enclosure weren’t built until the 1970s. (Photo credit unknown)