While the name of this model and the shape of its enclosure leave little to the imagination of where the designers looked for inspiration, some might be surprised to learn that Carlsbro’s offering actually featured a completely unique fuzz circuit. Unlike the majority of its contemporaries on either side of the Atlantic, the Carlsbro Fuzz-Tone was not a direct copy of Gibson’s Maestro Fuzz-Tone.

Pictured below are the remains of the Sorrows’ fuzzbox. This pedal travelled with the group to Italy, where they lived for a while, and was at one point repainted in silver Hammerite. 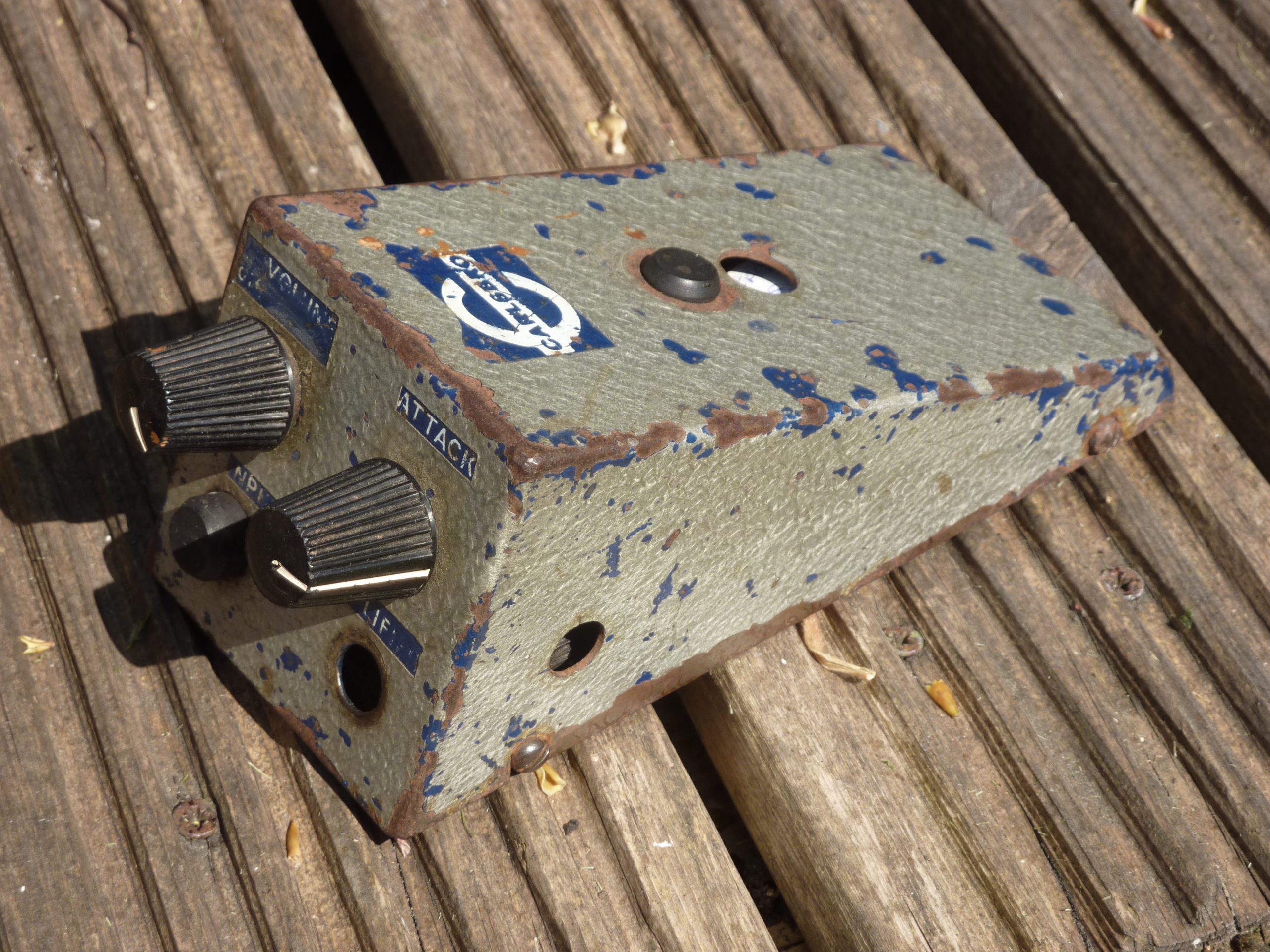 It is not known for how long production of the wedge-shaped 1966 Carlsbro Fuzz-Tone lasted, but the very low number of known surviving examples suggests that this model had a rather limited availability.

By the early 1970s, however, Carlsbro offered a new fuzzbox, which was this time supplied to them by Sola Sound.

Manufactured at least until 1976 (according to date-stamps inside surviving originals), this version of the Carlsbro Fuzz was identical to the various fuzzboxes that Sola Sound were supplying to other companies, such as Park and Vox, as well to the Tone Bender [MKIV] that Sola Sound sold under their own brand name.